The weekend of 24-25 May, 2003, will be a day that lives in infamy in the land of Israel. It was this weekend Prime Minister Ariel Sharon, of the Conservative Likud party of the nation of Israel, acquiesced to the implementation of the "Road Map," a multi-phase, three year plan of action to create a "Palistinian" state abutting Israel, and "peace."


The publication of the Road Map under the direction of a multi-national foursome christened "The Quartet" that includes the United States, the United Nations, the European Union and Russia, calls for steps from both sides toward peace, beginning with political reforms, an end to violence by the Palistinians, and a freeze on settlements in the "occupied" territories by the Israelis.


Many were shocked that Prime Minister Ariel Sharon, under "extreme pressure" from the U.S. Government, consented. Sharon, in accepting the Road Map, stated to an Israeli newspaper, "The moment has arrived to 'divide this tract of land' between us and the Palistinians."


It soon became known that the Bush administration had prepared a list of sanctions to be leveled against Israel in case it refused to comply with a plan for a Palestinian state by the end of the year. The article, quoting U.S. government and Congressional sources, states that the list was prepared by the State Department and relayed to the National Security Council in April—and that it includes an "examination" of the use of U.S. weapons in Judea, Samaria, and Gaza, as well as the suspension of $9 billion in U.S. emergency aid—$8 billion in loan guarantees and $1 billion in a military grant.


Clearly, Sharon had his back up against the wall, dealing with an American President with sky high approval ratings in the states, two victories in the "war on terror" under his belt, and the tentative trust of world Jewry. The immediate and long-term implications to Israel's continued economic and military health were obvious, their economy in grievous straits as it is. 32 months of Palestinian terrorist attacks of myriad homicide bombers, to appropriate reprisals by Israel Defense Forces (IDF) which were then roundly condemned by the rest of the world, to boycotts by various Muslim and neo-Left groups, the damage to Israeli tourism and investment has been immense.


So two men, noted Conservatives in their respective states, through coercion and simple fatigue, decide to divide the Land of Promise.


Just one problem. Anyone with "eyes to see" could just see G-d getting up about then.


The rebirth of Israel in 1948 was a miracle; their subsequent survival against insurmountable odds a daily wonder. For a people, the Jews, expelled from 'their' land by imperial Rome almost two millennia ago and dispersed throughout the globe, to survive with their cultural and religious identity intact; mocked and derided, persecuted, robbed, killed and murdered enmass, to come together again into their Promised Land as promised by G-d in the scripture, is testament, not only to His faithfulness, but to this peculiar people He has chosen for his treasure.


Not "part" of the land of Israel, carved up for short term political expediency and a dubious "peace" with a sworn enemy with no intentions of peace. All of the land of Israel. He addresses the nation of Israel. America, the UN, and the rest aren't even in the equation. Israel wasn't reborn to be an American protectorate or "satellite" state; a lap dog whose chain gets jerked every time they "get out of line," that is, out of line with American interests and foreign policy or the will of a corrupt U.N.


Israel was reborn to independence, liberty, and sovereignty (like American citizens expect and take for granted of their own nation and way of life), to return to that ancient era where G-d interacted directly with His chosen people, a reality that isn't "negotiable."


Thus, the existence today of Israel is not for the Jews, but for the will and plan of G-d, that G-d would be glorified in the eyes of the world.


And President Bush and Prime Minister Sharon just stepped in His way.


To denounce and condemn these two men in light of the political circumstances and infinite pressures they are under from all quarters would be of questionable use, as well as reversal on this road now traveled by two close allies who share a common faith and heritage doubtful. Decisions like this by two such experienced politicians are not made, on their part, for trivial and whimsical reasons. They know the consequences of such broad decisions, and will have to shoulder the fallout. Still, as citizens of our respective democracies we are certainly obligated to plead—loudly—our case to the administrations, especially for those who support Bush and wish for him to succeed.


But for those who have to suffer the consequences of their decisions—and there will be consequences—the test is patience, obedience, and submission to G-d. Because ultimately it 'will' play out according to His will. "The king's heart is in the hand of the LORD, as the rivers of water: he turneth it whithersoever he will." (Proverbs 21:1)


Today, we don't know what the immediate future holds, but we know Him who holds the future. Israel will continue on their road to their destiny; His will, that eventual national and spiritual rendezvous with the One who has held them from the beginning, and the Rock from which they were hewn. 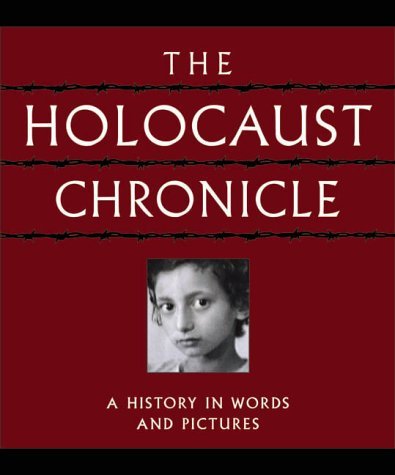 "Israel and a Road Map to Destiny" copyright © 2003 Michael A. Baker.
Full reprint with written permission only, except for the inclusion of brief quotations in a review or article. This material is copyrighted to prevent altering or reproducing for profit. Permission is granted to the reader to forward all writings from "Salem the Soldier's Homepage/Michael A. Baker," without altering, to friends, groups or other ministries or to copy for similar or personal use.