•NY Times reveals secrets of WMD cover-up in Iraq•
In Wednesday's edition of The New York Times, a report from C.J. Chivers, which is accompanied by a video, details U.S. forces in Iraq finding thousands of chemical weapons during the Iraq war. [The progressive liberal/Democrat narrative, "Bush Lied, People Died" has been shown to be the complete slanderous lie it was.
15 Oct, 2015

•DEKE Prays•
AMERICA PRAYS - Longtime online friend DEKE lays seige to the Throne of Heaven, and rattles the gates of Hell ... And the US Marines enter Baghdad on the weekend of 05 April, 2003! [Salem the Soldier's Home page, America At War's official site prayer for the war on terrorism]
23 Mar, 2003

•www.WeLovetheIraqiInformationMinister.com•
This site is a riot! Full site dedicated to "Baghdad Bob," Iraqi Information Minister Muhammed Saeed al-Sahaf who till the bitter end, denied vehemently US troops were anywhere near Baghdad, let alone in country. No doubt the funniest thing to come out of the war!
15 April, 2003


"Four years later, the international agency was so certain that it had eradicated the Iraqi nuclear program that it wanted to end aggressive inspections in favor of passive "monitoring." Then a slew of defectors came out of Iraq — including Hussein Kamel al-Majid, the son-in-law of Saddam Hussein who led the Iraqi program to build weapons of mass destruction; Wafiq al-Samarrai, one of Saddam Hussein's intelligence chiefs; and Khidhir Hamza, a leading scientist with the nuclear weapons program. These defectors reported that outside pressure had not only failed to eradicate the nuclear program, it was bigger and more cleverly spread out and concealed than anyone had imagined it to be."
23 Feb, 2003

•Permission from the powerless•
"So Black is bemused by the moral calculus that produces the conclusion that the United States is morally obligated to use its military might only at the behest of, or with the permission of, nations that do not wish it well." [George Will]
04 Mar, 2003

•Bush State Of The Union Speech•
"...Yet the course of this Nation does not depend on the decisions of others. Whatever action is required, whenever action is necessary, I will defend the freedom and security of the American people."
28 Jan, 2003

•U.S. warns Iraq over using mass destruction arms•
"Should Saddam Hussein have any thought that he would use a weapon of mass destruction, he should anticipate that the United States will use whatever means necessary to protect us and the world from a holocaust," White House chief of staff Andrew Card said...."

•Report details lies of Saddam•
"Conclusion: The Lies Continue," sums up the report's findings: "This report shines light on the apparatus used by Saddam Hussein and his cadres to deceive the Iraqi people and the international community. The oppressive and totalitarian nature of Saddam Hussein's regime enables his deception and deceit. This regime, which became expert at obfuscation during the 1991 Persian Gulf war, has now had more than a decade to perfect these practices."
22 Jan, 2003

•Bush, Saddam, and the invading relativism•
...The Democratic party, playing camp counselor, rests its fundamental war position on the assumption that the United States isn't grown up enough to wonder out into the woods alone, i.e. to conduct a war unilaterally. There can be no "doing it alone," they say. No crossing the street by ourselves. Why? It would be too cowboyish, too rambo-like, too imperialistic....
13 Jan, 2003

•A Necessary War•
However Washington conducts itself toward individual Arab states, it should be obvious that if the Bush administration now fails to go to war against Saddam Hussein, we will lose enormous face throughout the region. President Bush has defined himself and America by his axis-of-evil, regime-change policy toward Iraq. Without a successful war to remove Saddam, we will return to the pre-9/11 pattern of timidity that Osama bin Laden so effectively underscored in his writings and speeches.... [ Free Republic ]
14 October, 2002

•Pardon Me, But I Don't Give A Damn About A UN Resolution!•
Pardon me, but I don´t give a damn if the United Nations passes fifty resolutions defining the terms the United States of America can attack Iraq or not. The issue being debated is the right of this nation, independent of all others, to protect its citizens against any threat, internal or external.... [ Free Republic ]
02 October, 2002

•Our Letter To President Bush Concerning War With Iraq•
"...Anybody with a compelling interest and a little time has access to many independent news sources, especially overseas, to research for themselves the validity of the threat Iraq poses for our country and interests, instead of taking at face value much of the transparently biased mainstream news sources here in country trying to downplay this very real threat."
11 September, 2002

•Just War Theory and Pre-emptive Actions •
The "Just War Theory" has been developed to help Christians determine the appropriateness of military conflict. There are some who believe that war is never justified and so they see the idea the "Just War Theory" as being a needless discussion. We do, however, live in a world that Jesus said would involve wars and rumors of wars. Therefore, we must give every effort to try and determine what a "Just War" is and when it is to be waged.
18 September, 2002

•Iraq presses shopping spree for weapons in case of attack.•
...An unusually large number of illicit weapons transfers to Iraq from former Soviet states have been uncovered during the past few months. In an attempt to close down the source of "slush funds" from illegal oil exports that finance Iraqi purchases of arms, the U.S. 5th Fleet, which patrols the Red Sea and the Persian Gulf, has just stepped up inspections of commercial shipping in the Gulf of Aqaba... [ Free Republic ]
18 September, 2002

•Links to information on Iraqi Nuclear Weapons Systems and Design •
A Free Republic thread with the comprehensive listing of the Bush Administration's case against Iraq and Saddam Hussein. The case has been made! [ Free Republic ]
18 September, 2002

•Evidence and Conclusions•
"Yesterday, President Bush President Bush set forth the realities of Iraqi violations, and dangers to the region and the world. Nevertheless, there is much debate whether Saddam Hussein should be overthrown by an invasion of Iraq. We do well to summarize what lay before us. ..."[ Tony Nassif ]
11 September, 2002

•What The Bush Administration Is
Not Telling America About Iraq•
"...Unlike the "former" Soviet Union whose penchant to destroy America with its vast nuclear arsenal was held in check by the philosophy of mutually-assured destruction [MAD], Iraq will not be deterred by the knowledge that launching a nuclear, biological or chemical strike against the heartland of America will bring catastrophic retaliation against them since the radical Muslim is convinced that the highest calling in life is to die as a martyr to Islam in a Jihad against the infidels...." [ Jon Christian Ryter" ]
11 September, 2002

•Iraq Steps Up Nuclear Efforts, Experts Say•
U.S. officials and Iraqi defectors say that Iraq has stepped up work on a nuclear weapons program that was just months away from perfecting a bomb before the 1990-91 Gulf War.[ FreeRepublic ]
07 September, 2002

•N-Bomb For Saddam In Three Years.•
SADDAM Hussein has the capability to make an atomic bomb within three years, and has stockpiled enough chemical and biological weapons to wipe out the world's population, according to the file on Iraq due to be released by Downing Street. [ FreeRepublic ]
07 September, 2002

•Saddam's Rap Sheet•
That would be "risky adventurism," declares Germany's Chancellor Gerhard Schroeder; Saddam poses no immediate threat, and Washington lacks a justification to attack him. Most U.S. allies worldwide agree. ... But they are plain wrong. Saddam is an immediate menace, and the U.S. government has cause to preempt him. Here's why.... [ Daniel Pipes ]
21 August, 2002

•Advice to Bush: Take out Saddam soon•
No responsible leader believes Saddam Hussein has changed his stripes. Whether armed with nuclear, biological or chemical weapons, he remains a threat to the world. Even dovish Israeli Foreign Minister Shimon Peres told CNN last week, "The problem today is not if, but when (Saddam will use his weapons of mass destruction)." Peres added that while attacking Saddam now would be "quite dangerous…postponing it would be more dangerous" because "he will have more weapons…". [ Cal Thomas ]
21 August, 2002

•Iraq: You ain't seen nothin' yet!•
...So I say to doubters in the U.S.—but especially overseas—don't make too much of the little political snits you see reported in our media. The war will go on. It will continue methodically, rationally, and fully. Iraq will fall—and, if they don't cease their support of terrorism, so will several other nations. Bush has the military means and the fortitude—and the allies. He will take whatever preemptive action required to prevent another 9/11 Massacre, or worse, from scourging American soil. As Reagan might have said were he cogent and in charge, "You ain't seen nothin' yet!" [By E.G. Ross, Editor of The Objective American ]
21 August, 2002

•Brent Scowcroft is Wrong: We Must Attack Saddam•
...Brent Scowcroft is on target when he states that "if we are truly serious about the war on terrorism, it must remain our top priority." Rightly understood, however, that means beginning with the elimination of Saddam's regime, with its many ties to global terrorism, war crimes, and the attacks of last fall..... [ Daniel Pipes ]
20 August, 2002

•America: a sissified nation.•
"I detest the initiation of force, but if I see someone building a cannon aimed at my house, I'm not going to wait for him to fire it. I would eliminate him and anyone else in his house before he gets a chance to fire it. But then again, I'm not a member of America's sissified generation." [ Walter Williams ]
14 August, 2002 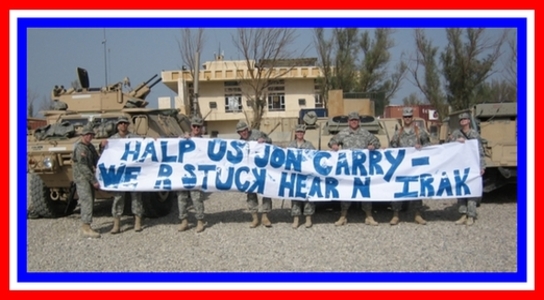 To return to Salem the Soldier's Homepage,
America At War, just click on the 'S'

All personal commentary articles copyright © 1996-2014 Salem The Soldier's Homepage. Full reprint with written permission only, except for the inclusion of brief quotations in a review or article. This material is copyrighted to prevent altering or reproducing for profit. Permission is granted to the reader to forward all writings from "Salem the Soldier's Homepage/Michael A. Baker," without altering, to friends, groups or other ministries or to copy for similar or personal use.