I had this documentary handed to me by an unlikely source. The gentleman I distribute for had it given to him by a man who worked in Iraq. Not surprisingly it than quickly found its way to me.


Instinctively, I was ready for the anti-war, anti-Bush, anti-Republican bias, and I wasn't disappointed. The efforts at class warfare were predictable. The Democrats are portrayed throughout as going up against the corrupt, war-mongering President Bush and the Republicans.


I would have been more impressed if the producers, in their crusade against corporate excess and political corruption, had included Senator Dianne Feinstein leaving the Senate Military Construction Appropriations subcommittee in March of 2007 after a report linked her votes to the financial well-being of her husband's companies, which received billions of dollars worth of military construction contracts she approved. Will she be held accountable as well? Probably not.


The idea behind this is that with the Democrats in control, this sort of activity would not have happened. This is of course absurd. The corruption is endemic to Washington, regardless of the party affiliation. Likewise, our mutual enemies do not differentiate between the parties, unless it can benefit them strategically.


The one person interviewed in this documentary who immediately had my attention was retired United States Army Lieutenant Colonel, Ralph Peters. I have read his book, "New Glory: Expanding America's Global Supremacy." No one can accuse him of being a weak-wristed, anti-war liberal; he is all American to the core. The fact that he would be included in it gives the effort its credibility, in the midst of a national political/war environment wrought with exaggeration and theatrics, innuendo, and questionable motives.


These things should not be surprising, though. The atheist left and progressive liberalism have done absolutely everything they can to divorce faith and ethics from the government and public sphere. Yet, it was Chuck Colson who said, in part, "…how important moral restraints are to capitalism. Capitalism is the freest and best economic system known, but without respect for moral truth, it can quickly degenerate into a system of pure avarice. In today's relativistic environment, these moral restraints are being weakened--and thus capitalism, as in this case, becomes exploitive."


Secular humanists talk of "transparency" and "accountability" in government, yet my friend Jim Baxter comments, "Humanism makes man his own standard of measure. However, as with all measuring systems, a standard must be greater than the value measured. Based on preponderant ignorance and an egocentric carnal nature, humanism demotes reason to the simpleton task of excuse-making in behalf of the rule of appetites, desires, feelings, emotions, and glands.


Because man, hobbled in an ego-centric predicament, cannot invent criteria greater than himself, the humanist lacks a predictive capability. Without instinct or transcendent criteria, humanism cannot evaluate options with foresight and vision for progression and survival. Lacking foresight, man is blind to potential consequence and is unwittingly committed to mediocrity, averages, and regression - and worse. Humanism is an unworthy worship."


That is, outside of Biblical ethics, always bank on the lowest common denominator in the business and governmental affairs of men, like that which prevails in Washington today—and the conduct of some involved in the war.


The facts of this documentary stand on their own, and at this point I have found no credible refutation from the corporations mentioned. If this documentary has achieved such quick penetration to the point the DVD made it into my hands, it will be seen globally by both our friends, and especially our enemies.


The battle against radical Islamic fascism, is the fight of our generation and very real. Letting the lowest common denominator in our government and business communities define us like this will guarantee our failure in this self-defensive effort. Yet, "...if we would judge ourselves, we should not be judged. But when we are judged, we are chastened of the Lord, that we should not be condemned with the world." (1Co 11:31-32) 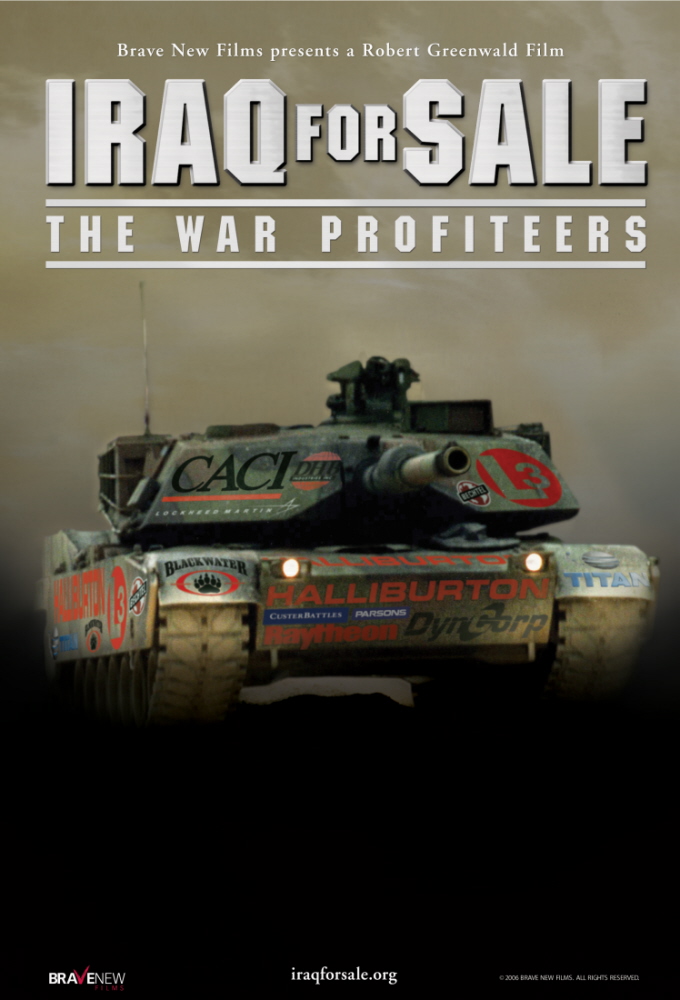 The Pig Roast Is Almost Over. [Posted at Free Republic]

To return to Salem the Soldier's Homepage,
America At War, just click on the 'S'

All personal commentary articles copyright © 1996-2007 Salem The Soldier's Homepage. Full reprint with written permission only, except for the inclusion of brief quotations in a review or article. This material is copyrighted to prevent altering or reproducing for profit. Permission is granted to the reader to forward all writings from "Salem the Soldier's Homepage/Michael A. Baker," without altering, to friends, groups or other ministries or to copy for similar or personal use.