It would be few contemporary parents who are not familiar with the animated children's film, "Finding Nemo." In the oceanic fantasy story, the young Nemo, a clown fish, is inadvertently captured in a fish collector's diving net and his father, Marlin, accompanied by an absent-minded Angel-fish friend named Dory, sets out on a quest to find his abducted son.

At one point in their travels and trials, they are waylaid by a massive brute of a toothy Great White shark named Bruce and forcibly invited to a “get together.” Steered by the fins of the massive beast, they soon find themselves within the rusting hulk of a sunken submarine, in the midst of an old and forgotten anti-submarine minefield -- and in the company of Bruce’s acquaintances. A Hammerhead shark named “Anchor,” and a Mako shark named “Chum.” 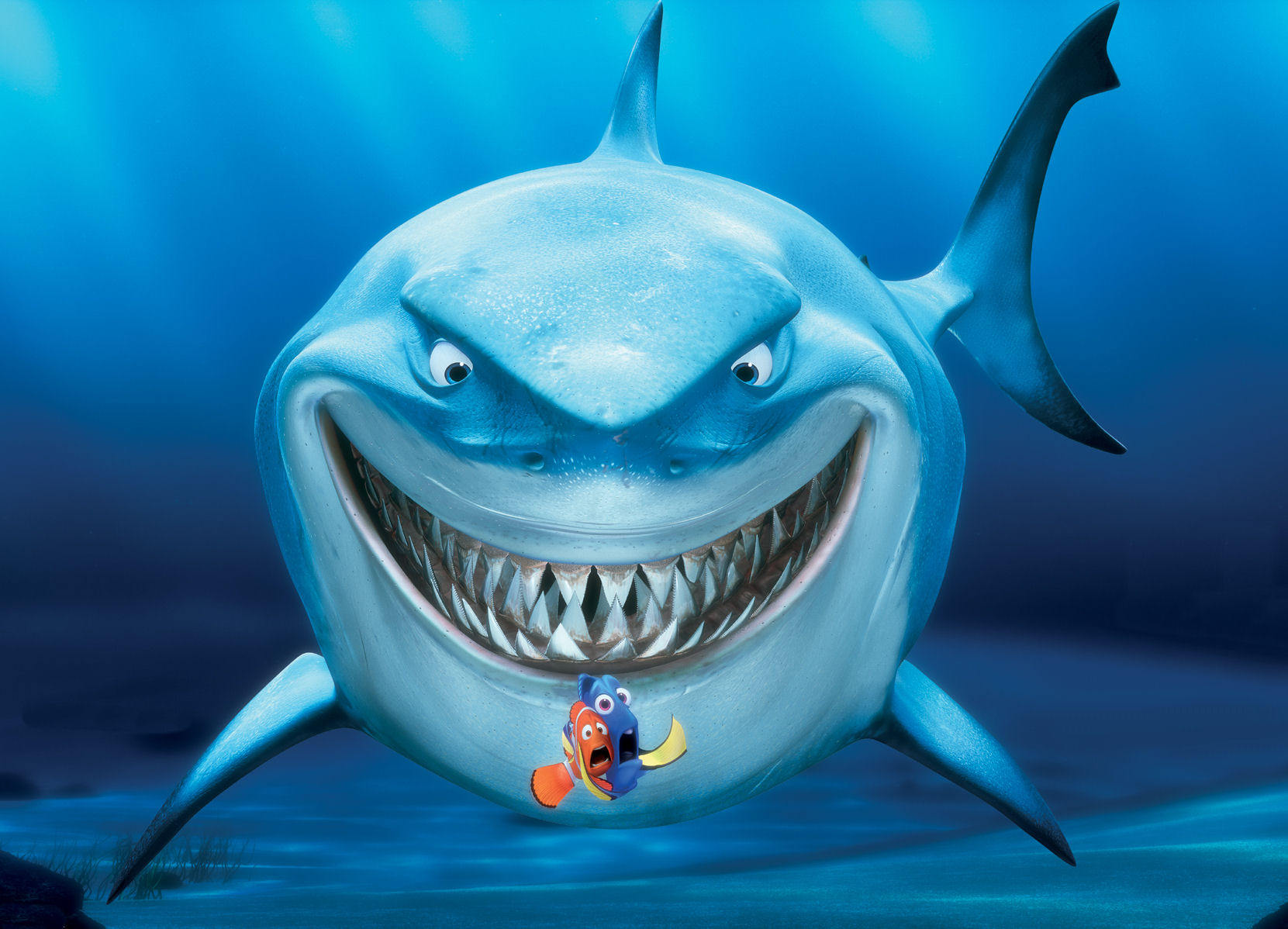 What follows is a comical, if not frightening charade of a self-help meeting similar to an AA gathering, with the sharks, hoping to reform their reputations as killers, engaging in perfunctory oaths of, “I am a nice shark,” and, “Fish are not food, they are our friends.” Thus Marlin’s and Dory’s “invitation" as fish friends. The viewer is further persuaded of the pretense when Chum is asked where his fish “friend” is, only to quickly nip down the skeletal remains of an unfortunate fish caught in his snaggly toothed jaws. 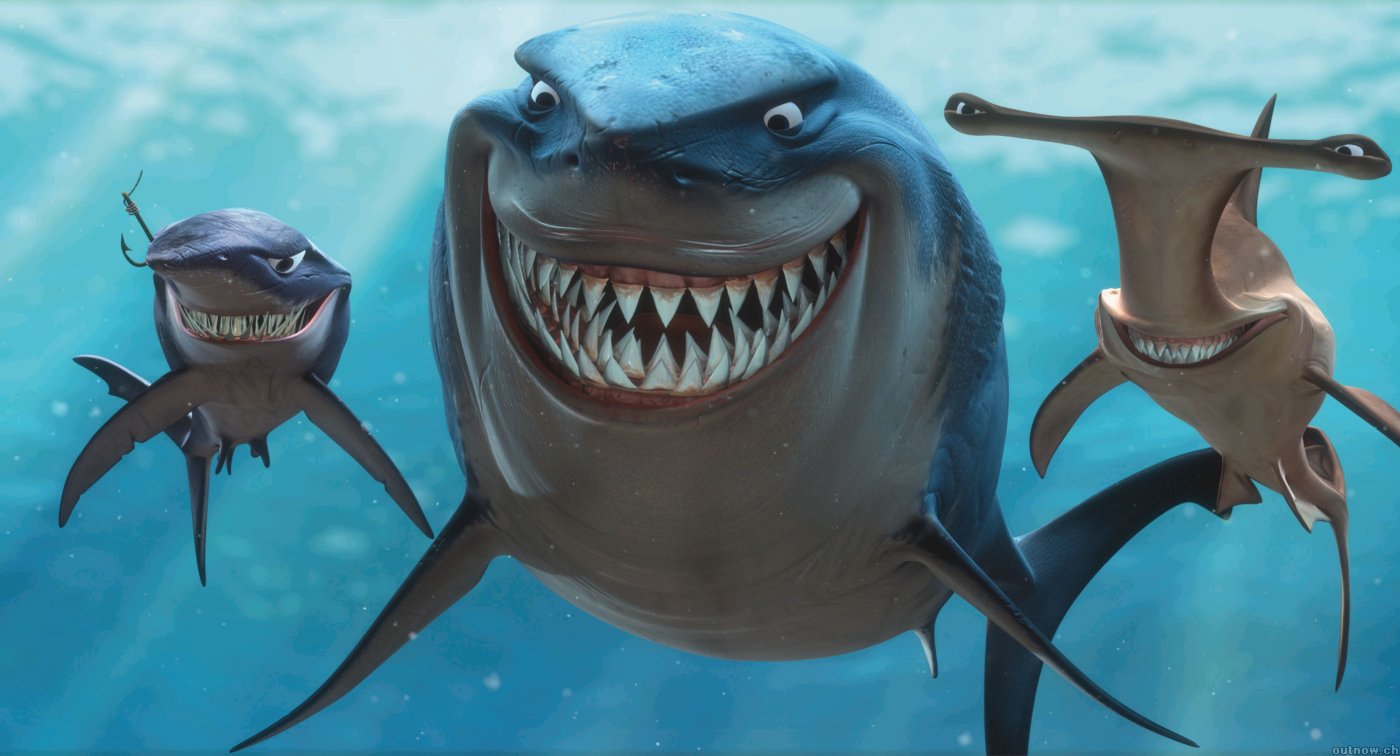 As the meeting commences and the two traveling companions acquiesce to the shark's efforts at "reform," Dory's nose accidentally gets bumped on the podium and starts to bleed. The insignificant trace of blood swirls into the water and curls around the nostrils of Bruce.

The Great White, immediately seized by the aroma, rapidly abandons all pretense of change and, surrendering to his true nature, instantly begins to pursue the two friends, shouting, "I’m gonna' have fish tonight!" What follows is a violent and fierce pursuit of Marlin and Dory by the incensed predator. Subsequently, a torpedo still positioned in the derelict sub's tube is knocked loose, slides out and into Bruce's massive jaws, and is tossed aside -- only to strike one of the mines, which sets off a cataclysmic chain reaction through the rest of the minefield. Marlin and Dory barely escape with their lives.

Watching it again, the comparisons with the movie and the Jews of Gush Katif, those directly affected by the Bush/Sharon "Disengagement Plan," and the elements of radical Islam in the territories is noteworthy. Bruce the shark, with his disingenuous toothy grin, representing radical Islam, conveying a posture of goodwill, yet quickly reversing that position at the first scent of blood. As well, Marlin and Dory, illustrative of Israel and the Jews and their supporters in the global Evangelical Christian community are being demonized and coerced into accepting this farce that radical Islamist elements have or are trying to "reform."

Middle East experts and students who are well versed in the ideology and beliefs of radical, political Islam and up to date on Israeli and Middle East affairs are mostly incredulous at the prospect of this disengagement and the Jewish pull out from the Gaza strip. The killer shark of radical Islam still overtly reigns in the territories. Palestinian media and cultural watch groups still report no tangible and convincing evidence at all that anything has changed in the Islamist’s core objectives and aims, as well as the incitement and hate against Israel and the West.

Likewise, Israeli security and military professionals have publicly critized the severe security vulnerabilities for Israel proper created by this plan, yet hardcore, respected politicians and professionals like Chief of Staff Lieutenant General Moshe Yaalon are fired by Prime Minister Sharon for stating the truth of all this. In addition, much of the world callously encourages this delusion and fantasy.

The uprooting and transfer of the Jews of Gush Katif and the resulting cultural, military, and political fallout will be a grave wound on the psyche of Israel, the blood in the water smelling of retreat in the nostrils of unrepentant radical Islam. The PA farce of smooth words and superficial promises assuaging the hopeful and naive a sham that will vanish before the brutal and still cultivated hatred of Islamic terrorism unrestrained in Arab Palestine.

It is certainly not my intent to trivialize the circumstances in the territories by reducing them to the level of a children’s movie, yet sometimes axiomatic truths are revealed to us on the whole in the most simplest of ways. Two small fish engaging in a warm, fuzzy group therapy with natural predators suggests the same lunacy evident in the discourse surrounding the current disengagement and the Jewish residents of Gush Katif and the Northern Shomron.

It is simply suicide, because carnage is the killer shark’s nature ... the nature of Bruce. 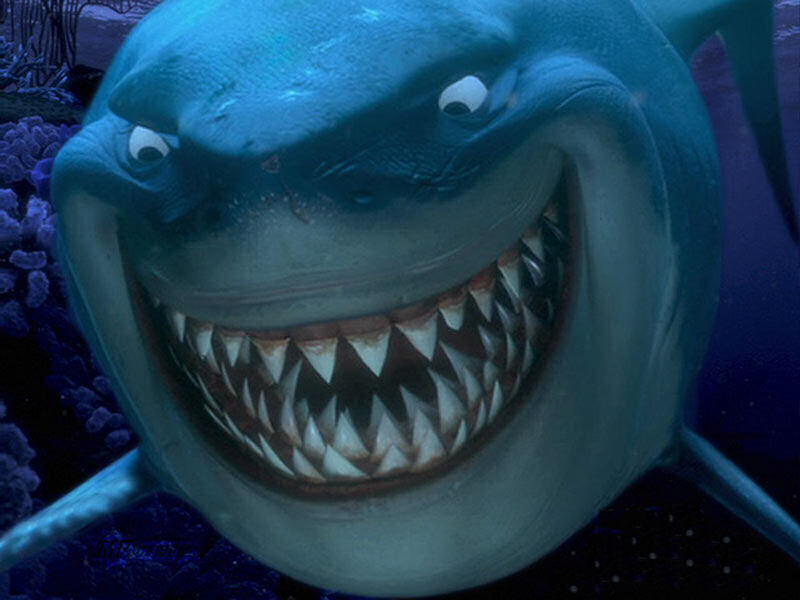 "The Nature Of Bruce" copyright © 2005 Michael A. Baker.
Full reprint with written permission only, except for the inclusion of brief quotations in a review or article. This material is copyrighted to prevent altering or reproducing for profit. Permission is granted to the reader to forward all writings from "Salem the Soldier's Homepage/Michael A. Baker," without altering, to friends, groups or other ministries or to copy for similar or personal use.