A notable day in this generational war against Islamic terrorism.

On 02 November, 2009, the USS New York, built with steel from the ruins of the World Trade Center, sailed into New York harbor on its maiden voyage and delivered a 21-gun salute near Ground Zero. This is not the first time a Navy vessel has shouldered the symbolism of American ability to recover from adverse circumstances. 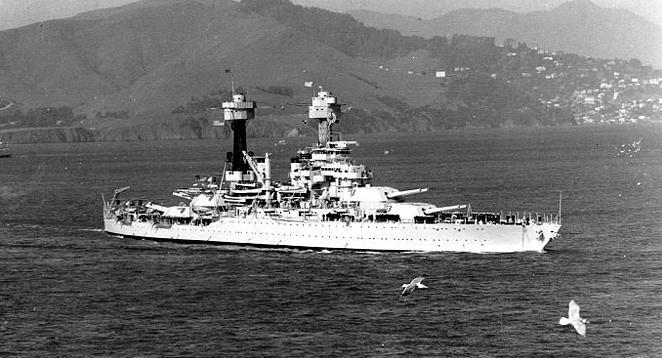 On December 7, 1941, as the Japanese Imperial navy commenced its attack on Pearl Harbor, the USS West Virginia (BB-48), was damaged and sunk at its berth. Subsequently salvaged (recycled), she was deployed in service in the WWII Pacific theater and saw numerous battles, kicking ass all the way across the Pacific, and was finally present in Tokyo Bay for the Japanese surrender

USS New York, whose bow includes 7.5 tons of steel recycled from the 2001 WTC terror attack, heads up the Hudson River in the above photo on her maiden voyage. Like the Japanese learned the hard way, this is a truly powerful message to global Islamist supremacism of the resilience and resolve of the American people to oppose it wherever it seeks to harm U.S. citizens and national security.

To reinforce this message, the USS New York, with a crew of 360, and up to 700 combat ready Marines, is designed to support all three of the Marines' primary mobility capabilities - the Expeditionary Fighting Vehicle (EFV), Landing Craft Air Cushion and MV-22B Osprey. May the appearance of her bow, with steel forged in the furnace of 9/11, off shore of any overseas Jihadi territory strike fear in the hearts of those opposed to her mission. The USS New York is truly a new gun-slinger in the war on Islamic terror.

To Return to America At War, just click on the 'S'!

© 1999-2010   Michael A. Baker.
Full reprint with written permission only, except for the inclusion of brief quotations in a review or article.
This material is copyrighted to prevent altering or reproducing for profit.
Permission is granted to the reader to forward all writings from
"Salem the Soldier's Homepage/Michael A. Baker,"  without altering, to friends,
groups or other ministries or to copy for similar or personal use.