You know, the COPS site on my server has tended to leave a big question mark in the minds of some people, especially my family, and why the Lord has me involved in some of the things I am concerning the law enforcement community. A recent high profile child abduction and arrest has brought back some old memories which are the foundation of that, and raised an old ire. Let me explain.

Many, many years ago when I first gained access to the Internet and was fooling around with this new "toy," I innocuously stopped by the Christian Police Officers board on AOL. It had not seen much activity so I posted to all the old screen names listed and started a conversation, wondering what it was like to be in this line of work. In a short time I was spending regular time with a retired female California Correctional/Administration officer, a patrol Sergeant from Ohio, and a patrol officer from a mid-sized Pacific Southwest department. We subsequently spent a number of months going back and forth as they exchanged stories and jokes and outrageous tales exclusive to the field.

At one point, at the passage of a liberal national child sexual predator law that I can't remember specifically, as opposed to efforts to make it easier for prosecutors to petition the courts to declare a sex offender a sexually dangerous person and hold them, the officer from the Southwest was having a hard time with it. He was young and not a veteran yet, gung-ho, and a father of small children himself. He was angry, voicing the logical flaws inherent in such laws and the subsequent dangers to society, especially the young and innocent. Very angry. I was concerned about him, and at that time unqualified to counsel with him from knowledge and experience, approached the only LE related minister I knew of at that time, Pastor Steve Ballinger from Shield of Faith, Harvest Christian Fellowship, Riverside, where I go to church, to intervene.

The officer was counseled online with by the staff, life went on, and we lost contact. I know he served as a school resource officer after that, and I don't think he still works in law enforcement today. That event led to a subsequent chain of events over the years that put me in the company of every kind of cop imaginable, from huge bureaucracies like the NYPD and LAPD/Sheriff's Departments, to two and three man rural agencies where the Chief works more patrol hours than his subordinates, and even a few retired Federal LEO's and agents. Ultimately it was this one Christian -- a brother in the Lord -- dealing with the absurdities of this sometimes violent line of work; the institutional lunacy he appropriately labeled "The Deal" that the Lord laid it on my heart to support the Christian men and women of professional law enforcement more proactively. 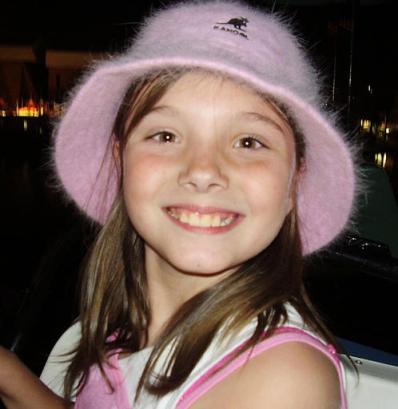 Fast forward to today, March 2005. The February abduction of Jessica Marie Lunsford from her home in Florida and the subsequent arrest of multiple offender John Evander Couey, who confessed the crime to investigators after taking a lie-detector test, brings the personal frustrations and anger of this one Southwest patrol officer flooding back to mind. It seems his anger was justified; his logical, analytical views formed by dealing one on one with the criminal element validated, and at a terrible price.

Citrus County Sheriff Jeff Dawsy's frustration and anger were barely veiled in his public appearances since this case was resolved. I have no doubts there are more than one Deputy walking around that agency with smoke coming out of their ears at the reality of this death. A predator that should have been in prison was allowed loose, while those professionals tasked with protecting the young, the innocent, and the defenseless, are once again left to deal with the fallout.

And it is a hard thing.

God bless and strengthen the honorable man and women of the Citrus County Sheriff's Department as they deal with this trial, and may the Lord have provided a solid Christian representation to minister effectively within that agency during these times. God bless and guide Citrus County Sheriff Jeff Dawsy as he leads his department and navigates them through this tragedy, and likewise the many departments and agencies like this nationwide who will continue to face scenarios like this, as they seek to protect and to serve.

Or at least try to.

The ministries represented at this site are behind you.

Click Here To return To Salem the Soldier's COPS Place!

All personal articles © 1999-2011 Michael A. Baker. This material is copyrighted to prevent altering or reproducing for profit. Permission is granted to the reader to forward all writings from "Salem the Soldier's Homepage/Michael A. Baker," without altering, to friends, groups or other ministries or to copy for similar or personal use. Be advised, a link here by any one of these Christian LE ministries does not imply endorsement of me or my views in any way.