Over the last couple of weeks, I have had a number of emails come down the wire, both forwards of commentaries of national Christian leaders and letters from people of less notoriety, yet greatly respected within mine own sphere of influence. All have made allusion to a “possibility” of the Church in America facing persecution in the future. One gentleman I recently talked to, a leader of some reputation in the Christian community in my area and one with his heart set for the ministry, made mention of the recent pro-homosexual legislation which has recently passed in the California Legislature and signed by the Governor—with more legislation pending. The threat to the continued free operation of the true Spirit-filled Church, of course, will be adversely affected by this, as they will be forced to take a stand for Biblical truth, or be bullied into silence. Yes, it would seem that some difficult challenges are ahead for us.


Now, as foreboding visions of ragtag bands of driven American Christians, fleeing before a dark tormentor trouble the mind, come with me for a moment back to the Imperial Roman Empire as we compare this ominous modern peril against the backdrop of ancient history. I will be quoting a section from “Huns, Vandals, And The Fall Of The Roman Empire,” a research manuscript authored at the turn of the century by one Thomas Hodgkin, a British classical historian [ISBN No:1853672424]. He appears to have been a man of some faith, from what I can garner from his writing. In this particular section, he continues with his commentary:


“. . . The deification of Julias and Augustus was the national expression of the feeling that the greatness of Rome was the peculiar care of the Eternal Gods, and that the spirits which had wrought conspicuously at this grand task during their earthly career, must still survive in the society of the Immortals, to watch over the work of their own hands. It was with this faith—for faith we must surely call it—in their hearts that the legions of Rome had marched on from victory to victory. Their anticipations of reward or punishment in a future life might be vague and varying, but at least they felt that the Great City with which they had linked their fortunes was eternal, and the confidence that she would survive all shocks of adverse fortune, and would treasure the names of her defenders with undying reverence, gave strength, doubtless, not only to a Decius or a Curtius, but also to many a simple Roman legionary at the moment of facing death for her sake.”


[Note: I have found this mirrors the way many American people, whether serving or retired military, individuals in law enforcement, or regular Patriotic citizens, feel about, and perceive, the American nation. “America will always stand.” Will it? I’m as hard-boiled the Patriot as anyone else—but to a point. He continues:]


“The whole of this fabric of national faith, with whatsoever in it was noble, and whatsoever in it was puerile, had to fall before the Apostolic proclamation, ‘To us there is but one God, the Father, of whom are all things, and we in Him, and one Lord Jesus Christ, by whom are all things, and we by him.’ If there was any hint in the Christian Scriptures of one nation favoured above all others, that nation was the Jewish, if any notion of a city chosen by the Eternal ‘to put His name there,’ that city was Jerusalem. But the latest and prevailing utterance of the new religion was, ‘All nationalities are on the same level before God. He has made of one blood all nations of men, to dwell on all the face of the earth. Your citizenship, the true ‘civitas,’ which is the highest condition that man can attain to, is in heaven. This ‘civitas’ is within reach of all men, Barbarian, Scythian, bond or free, and makes brothers of us all.’ ”


[Note: Ah, the conflict. And so we see that as Christians living in America, like the Christians living within the Roman Empire, ultimately, our citizenship, and primary allegiance is to Heaven and our Lord. The Founding Fathers of our nation walked in that same faith and mindset. He continues:]


“There was an incurable opposition between teaching such as this, and the root-idea of the Roman Commonwealth. 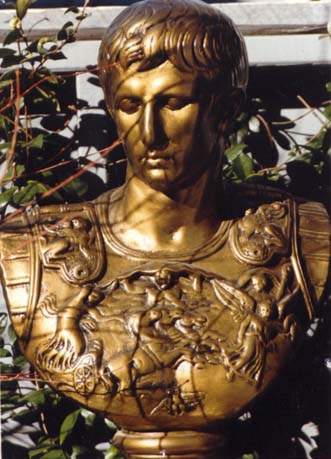 The rulers of the State felt it, and were forced into persecution, almost against their will. Gladly would they have consigned Christianity to the peaceful Pantheon of the tolerated religions (‘religiones licitae’), in which already the worship of Astarte and Mithras, of Isis and the Dea Syria, flourished happily, side by side. But they perceived—the wisest Emperors the most clearly—that this was a religion which would have all or nothing, and they hunted it into the catacombs to bar it from the throne.”


[ Note: In light of the recent commentary concerning persecution being leveled against the Church in America, it’s imperative to understand exactly “why.” The social and political conflict that has been raging these past four decades, and indeed, at a much more fevered pitch since the Clinton administration ascended to power in the national capital, is a conflict between ideologies. We have the, I believe Satanically engendered (hostile towards Biblical Christianity), ideologies of Liberalism, Socialism, Communism, and Humanism, clashing against the ideas of a Biblical worldview, “Conservatism,” and Capitalism—the ideas this nation was founded on.


Chuck Baldwin recently said: “It is a calculated strategy of liberalism. First, they create the environment from which lawlessness can proliferate. This is accomplished by moving men away from their relationship and responsibility to God. This breeds hedonism. Hedonism breeds anarchy. Anarchy breeds tyranny. As men grow farther away from God they become more evil. Government, then, must step in to protect society. In doing so, government becomes at once our protector, our provider, and our master.”


And so we see that, as American society has thrown off the moral restraints of God’s law, dependability on, and accountability to Him, people now turn to the Federal government for absolutely everything they have need of; bleating like lost sheep to their masters, "Why don't you do something?" about the social and moral turmoils which have engulfed us.  The “state” has now become “god,” deified in many peoples hearts and minds, even as Julias and Augustus were deified in ancient Rome. Thus, we can see the impending, and even now, engaged conflict arising from these mirrored social and political environments.


On that note, a lady named Linda Bowles recently said this:

"Two basic reasons underlie the attempt to separate America from its spiritual roots. First, the liberal goal of state socialism is incompatible with a citizenry who look to themselves and to God, rather than the state, for the satisfaction of their needs. Socialism requires that citizens do obeisance to the state as the Source from which all blessings flow. The supreme State can have no other God before it. The second reason for outlawing religion derives from the lobbying of those who wish their sins declared virtues. They seek the validation of the law, in the futile belief that the legal right to be wrong makes wrong right."


Although I may not agree with Congressman Ron Paul on many points, (as a Libertarian, his world view is devoid of the Gospel) his farewell speech to his followers when he left Congressional service in 2012 mirrored many of these same themes.


“The persecutions failed: they enlisted pity, generosity, love of justice, all of the nobler feelings of our nature, on the side of the votaries of the new religion, and to these latter they gave a drill, a discipline, we must also in truth add a bitterness of temper, which they had not possessed before. A time came when the Christians found they were a majority in the Empire, a time when the young Emperor Constantine, with his foot upon the ladder of fortune, was half-convinced of the truth of Christianity, and wholly convinced of the policy of embracing it. . . .”


The persecutions failed. The Satanically initiated attack against the early Church during this era blew up right in the enemy’s face. Over the years, the Church became a majority in the Roman empire. To be clear, I'm not insinuating that that should be our primary focus and objective; my point is the outcome of this persecution. Our motives should be that people come into a real and dynamic relationship with the living God.


The thing is, the structure of the American political and social landscape is a little different. Christianity is not a “new” religion. In fact, even though we feel to be a minority, with our current unfettered access to the accumulated knowledge of Church history, along with our, howbeit momentary, freedom to assemble, we as Christians still have a wide open door or opportunity to impact this nation for the good of the Gospel. Remember the lesson of the loaves and fishes. (Matthew 14:16-20)


True, we have been complacent. True, we have been taking advantage of our freedoms. True, the Spirit-filled Church has grown fat and lazy partaking of His rich blessings on this nation. But, people are starting to perceive this threat coming and are waking up.


That’s why we shouldn’t fear a systematized, concerted offensive by Satan against the Spirit-filled Church. Sometimes that’s what it takes. Because it will only have one result. It’ll set the Church on fire! In fact, I am convinced, for so many different reasons, that revival has already started to happen throughout the American Church. It’s something that we cannot perceive with the naked eye; evidentiary proof not sought for in the secular print and broadcast media or governmental forum. It’s happening on the streets. Spurred on by the ever increasing hostility against us. Just like it did in the Roman Empire.


In summation, John Adams, Second President of the United States said, "It is the duty of the clergy to accommodate their discourses to the times, to preach against such sins as are most prevalent, and recommend such virtues as are most wanted."


Leadership! Pray that God would open the spiritual eyes of more Christian leaders to seize the initiative—to seize the day—and realize that, no, all is not lost, but that today it is opportune time to boldly stand up, defy the fear that would hobble us, and eloquently and powerfully proclaim the pure and surpassing Truth of the Gospel to a nation in turmoil. Even against the edicts and threats of the state.


A Satanically initiated persecution against the Church in America?

“. . .It does not require a majority to prevail, but rather an irate, tireless minority keen to set brush fires in people's minds. . . ." Samuel Adams, Founding Father & American Patriot.

To Return to Salem's Archives, just click on the 'S'!

"Persecution In America?" © 1999-2013   Michael A. Baker.
Full reprint with written permission only, except for the inclusion of brief quotations in a review or article. This material is copyrighted to prevent altering or reproducing for profit. Permission is granted to the reader to forward all writings from "Salem the Soldier's Homepage/Michael A. Baker,"  without altering, to friends, groups or other ministries or to copy for similar or personal use.