He is brash and bold, he is outrageous and heavy-hitting, he is an American cop—he is the indomitable Officer Michael Wenger, aka:

With his permission as author, what follows is one of the most graphic and pointed pieces of law enforcement apologia (concerning the NYPD, Amadou Diallo shooting) I have ever read through many years of corresponding and interacting with the Christian LE community, written straight from the harsh realities of the mean streets of America, by a blood and bullets veteran who obviously knows exactly what he is talking about.


If you are a liberal, do yourself a favor and move along, unless you're spoiling for a major heart attack.


If you are a timid Conservative civilian who has a problem with rough language or have an authority "issue," this is the wrong place to be, 'cause this will only make things worse.


If you're a veteran street cop who knows "the deal," have had it with the Socialist/Liberal horde trashing the field of law enforcement, stand clear and let Ranger Mike read the nation the riot act, then print a copy of this out and nail it to your department's squad room board.  The crew will thank you for it.

Oh, and be advised, I REALLY LIKE THIS GUY. 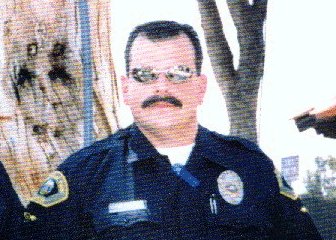 Today's topic, boys and girls, is trying to understand how 4 cops can use 41 rounds and REALLY not be guilty of ANYTHING.

Of course you ALL KNEW I have an opinion on the Amadou Diallo case. I suspect some of you have been waiting to see what it is... Well here we go:

NOT GUILTY. CORRECT VERDICT. In fact, the ONLY POSSIBLE VERDICT.

Monday Morning Quarterbacking, Been There Done That and Got The Tee Shirt, Purely Academic... WORDS.

What we, as a collective group of PROFESSIONALS MUST DO is stop following the "party line" we MUST STOP trying to be "Politically Correct" we mustn't allow ourselves the luxury of thinking that we are in some made up "service industry" and that we 'owe it' to some to provide the best possible service available...

The bottom line, real deal is this, we deal with thugs, rapists, murderers, thieves, hypes and people so vile that they get labeled "Criminally Insane", given a football helmet and sent off to Happy Land, where they spend all day ramming their heads into solid inanimate objects.


We do this much in the same way a roto-rooter guy clears out excess fecal matter from a drain. An Exterminator kills pests. A Coroner cuts open little babies, other men's wives and other women's husbands and every mother's child.

We do our 'job' the same as Our Armed Forces. KILL KILL KILL if that is what is required. Yeah, there's the humanistic aspect, Humanitarian aid for disaster victims, peacekeeping missions, etc. etc.

But bottom line, we, as coppers, have a job. Oh sure, it's a cool job for most of us. There sure are a lot of folks who want to be cops. In L.A. County, for example, they have to test like 10,000 people to weed out the chaff to seat 40 people in an academy. Pretty tall odds.

But we do what we do for whatever reason we do it. And in executing our duties, sometimes we have to kill, maim, injure or piss off people.

Is it a black vs white thing? Man, I don't know. I don't work in New York. I do know, however, that I am sure in the heck am NOT going to risk a trip to a Psych a la Rocker and say anything even remotely negative about the residents of the fine fine city and area of New York.

I can speak for me, though. Out here, we have an area known as WATTS. Perhaps you've heard tell of this area, it coincidentally has the SAME NAME as those wacky riots in the mid '60's.

Fact of the matter, WATTS is populated by African Americans in a disproportionately LARGE number. Its shrinking though, people of the "Hispanic" culture are growing in number at present.

Now lets look at this logically. Near WATTS are some low income housing units (read PROJECTS) that have more than their fair share of rambunctious, starry eyed youths. Now some of these cheery fellows wear blue doo rags and carry fully automatic weapons. Some Pohlease cars have, on occasion, been vandalized whilst left in the area, LAPD members have been shot at, hit and injured by some of these spunky kids. Now let's say I was an LAPD copper. I a white. I go to, oh Say Nickerson Gardens to, oh I dunno, make a felony arrest on an outstanding 187 suspect (murder charge). A friendly looking fellow refuses to 'obey' my commands and a cluster ensues.

Now did I dump him because he's 'black'? Does my sense of self preservation indicate malice and aforethought? Am I a racist? Am I wild canon? Am I a murderous SOB looking to earn a notch on my 6 gun?

If you wanna play fantasy land, then let's racially segregate the POLICE.

African American officers can ONLY work in predominately African American areas. Latinos, Hispanic areas, Whites, trailer parks... and so on. Of course we may get in trouble if Martians (who are rumored NOT to be very prolific at Law Enforcement Issues, make a 'hood for themselves somewheres).

I mean what do people, including some of us 'coppers', think???

The fact that crimes occur where criminals are.

Duh, that certain high crime areas are mapped and identified and that if, as a member of the LEO community, you cruise around said area, you will find something amiss is an ABSOLUTE GIVEN. Any other thoughts are wrong, illogical and make absolutely no sense.

Just say Bedford-Sty, Watts, Detroit, Miami and a thousand other areas when speaking in the context of crime and punishment. What immediately jumps in to YOUR MIND???? Are you too a racist?

Nope, its just good old common sense police work. You know where the bad guys like to hang out so you can catch them. No sinister motive there, unless of course you are one of the bad guys, but then that's a given and a whole other thread.

That these areas also contain regular 'joes', who for one reason or another are unable to move (no $$ for a 'better place) or unwilling (have family roots) to leave, is something that needs to be realized as well. But even this can be justly and logically figured out.

Let's say that Ma and Pa Kettle live in a tenement that has a walk up crack window on the first floor. Does that mean that owing to Ma and Pa's occupancy, that the crack dealers are NEVER to be dealt with? Does that also mean that by any shred of logic, we should use LESS diligence when working the area?

Diligence is, at best, a double edged sword. If we go walking on eggshells so as not to disturb the law abiding citizenry, we are more on edge and more apt to blast at shadows.

That Mr. Amadou Diallo got blasted is tragic. But so is every DEATH. And I mean EVERY. Who among us sheds a tear thinking of Jeffrey Dahmer getting whacked? But wasn't HIS death tragic to some? Logically following this line, isn't is tragic that a family gets whacked by a patrol hoop rolling too fast and smacks into the family vehicle? How about getting hit by a cop who's DUI while you are on duty??

I mean SH*T happens, mistakes are made, life sucks, go buy a helmet.

What you don't want to do is to make a bad situation worse. I think that the TRAINING of the 4 coppers involved is the REAL suspect in this incident. Not ANY of the intentions of the coppers themselves.

I qualify, like the next schmoo, every 3 months. But I also waste rounds on a regular basis as training and a stress relief mechanism. When I go out and kill paper silhouettes, I ALWAYS empty my 15 in the mag and 1 in the pipe. ALWAYS. Why? Well # 1, its common that we regress, under stress, to what our 'regular routine' is. And I'd rather empty 16 rounds into a dirt bag trying to kill me out of habit than try and shoot em in the leg or something.

Of course KNOWING that is how I'd probably react makes me a WHOLE lot more reserved as to what actual situations I'll pull my gat out in the first place.

I carry an Italian made Berreta 92F, as opposed to the Departmental Issued 92 FS, but it's still a Hi-Capacity 9 mm weapon of death. With my Cor-Bons, Black Talons and Hydra-Shocks, it has but one purpose. To keep me and others alive when deadly force is called for. I shoot 2 to the chest, 2 to the head and return for 2 more to the chest (if the target is still in my sight picture that is) with the sole and complete intent to KILL. No wounding, no trying to knock a gun outta Joe Badguy's hand, nada. Death from above.

Do I think I am some tough guy? Do I have delusions of T.J. Hooker dancing in my head? NO. I just follow training, am realistic in my position and like to go home every night.

Why? Well if I pull my gat with the intent of shooting, it is a situation that WILL REQUIRE, in MY opinion, LETHAL FORCE. I am empowered to use such, it is a grave responsibility, one I do not take lightly, but trained to do nonetheless.

So if my partner and I were working for NYPD and we happened to feel that Mr. Amadou Diallo was an immediate threat, I can tell you that there would have been at least 32 9 mm rounds at the scene from us...

But then again, if I was in a trailer park hunting down some white trash, at a biker bar or a KKK meeting and the 'need' for me to shoot there arose, you could rest assured that at least 16 of my rounds would be there as well.

Same thing in a Martian hood too.

Nope, just a guy, TRAINED, paid and expected by the people I serve, to PROTECT THEM and hoping like CRAZY that I never make a mistake against a pal of AL "I never met a cop I liked" Sharpton....

At any rate IT IS another one of my musings...

Click here to return to Salem the Soldier's COPS Page!

"NYPD New Jacks, Gave A Perp 41 Whacks" © 2000   Ranger Mike All Rights Reserved.
This article is reposted with the express permission of the author.